The History of Lorem Ipsum

What is Lorem Ipsum Text?

Lorem Ipsum text is a form of scrambled latin text that is often used by designers and typesetters in print and digital design mock-ups.It is sometimes referred to as "filler text" or "Greek copy" (although it is latin). It mimics the look of latin text and therefore makes a good substitute for plain language text by providing a form of meaningless filler text.

It's interesting that the decision of an anonymous typesetter four centuries ago would go on to create the lorem ipsum that we know today. As a placeholder text, lorem ipsum has survived well into the 21st century and is used in print and digital formats throughout the world.  In fact, even today, the words "lorem ipsum" can generate over 200,000 searches each month (and that's just in the USA).

The creator of the original lorem ipsum text remains unknown. It first appeared in the 1400s after being created by a typesetter who is thought to have jumbled the words of Cicero to create some placeholder text.

Lorem Ipsum text can be traced back to the works of Marcus Tullius Cicero, a Roman lawyer and philosopher. It is said to have been first created and used by a typesetter in the 15th century who jumbled the words of text from Cicero's De finibus bonorum et malorum. 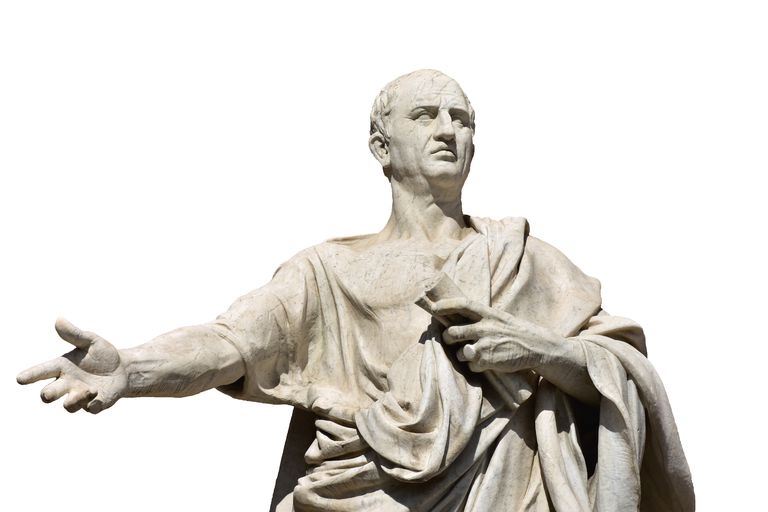 Where did Lorem Ipsum come from?

Lorem ipsum text is said to be taken from De finibus bonorum et malorum, written by Roman philosopher Marcus Tullius Cicero. The book title translates in English to "On the ends of good and evil".

The philosophical work by the roman orator, politician and philosopher consisted of five books which explain Cicero's philosophies on a range of topics.

Marcus Tullius Cicero was a Roman statesmen, lawyer and scholar. Cicero was born in 106 BCE in Arpinum, Latium (which we know today as Arpino in Italy). He was the son of a wealthy family and was educated in Rome and Greece. According to Britannica, Cicero met an unfortunate end. He was executed, and his head and hands were displayed on the rostra, which was the name for the speakers’ platform at the Forum in Rome.

What does Lorem Ipsum mean?

The fact that the filler text we know today starts with the word "lorem" is confusing. If you try and find a translation for the word lorem, you will probably come up short. That's because the first word in lorem ipsum isn't actually a word; it's only a fragment of the original word "dolorem". The two words in the original text were "dolorem ipsum", and not in fact lorem ipsum.

So what does it mean? Well, the latin words "dolorem ipsum" translate to "pain in and of itself" in English. They came from a longer sentence (you can read more details on the translation below).

The text is essentially meaningless as it is jumbled from the original text. It is taken from an excerpt of text from Cicero's De Finibus Bonorum et Malorum (which translates to "On the Ends of Good and Evil”), written in 45 BC. This text is believed to be the source of today's Lorem Ipsum dummy text. The original excerpt reads:

This is said to translate to:

Nor is there anyone who loves or pursues or desires to obtain pain of itself, because it is pain, but occasionally circumstances occur in which toil and pain can procure him some great pleasure.

Other words and fragments of text found in long-form versions of Lorem Ipsum dummy text can also be found in this passage of De Finibus Bonorum et Malorum.

Today, various different generator tools are used to create lorem ipsum text for typesetters and designers. As a result, the words become more and more scrambled from the original text. If it wasn't already meaningless enough (at least to those who didn't study latin), it is rendered permanently vague and confusing. It's current use has evolved beyond the meaning and philosophy of the complex and thought-provoking original text.

Why do designers use Lorem Ipsum?

Lorem Ipsum text has been used by printers and designers for over four centuries as a form of scrambled dummy text and has transcended technology remaining the mainstay of 21st Century digital and print design the world over.

Lorem Ipsum text accurately mimics the look and characteristics of latin alphabet text, making it perfect for Graphic Designers to use as dummy text in design mockups.

The beauty of lorem ipsum text is that it has the appearance of English (and other Latin alphabet languages) in print and digital design mockups but doesn’t distract readers who would otherwise have a natural inclination to read the text if it was written in English.

If you need Lorem Ipsum text for your design, try using this quick and simple lorem ipsum generator.  You can easily generate a few words, sentences or paragraphs of random lorem ipsum text.